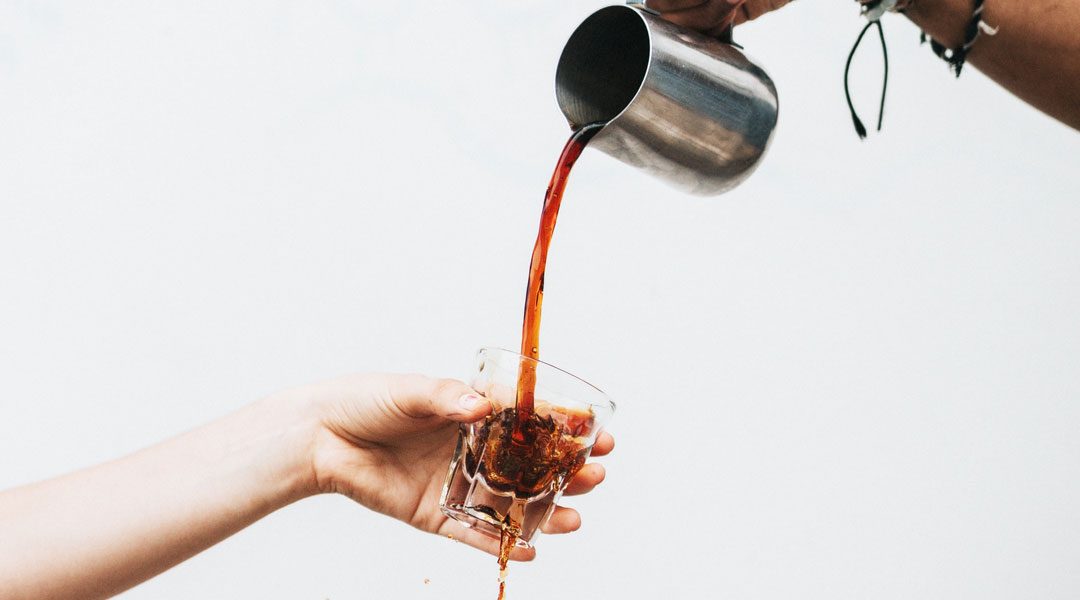 Adapted from and full credit to an excellent article by Caffeine Informer:

More than 4 cups of coffee is linked to early death. A Mayo Clinic partnered study found that men who drank more than four 8 fl.oz. cups of coffee had a 21% increase in all-cause mortality. However, those that reported that they consumed excessive amounts of caffeine were also likely to smoke and have poor fitness. Dr. Nancy Snyderman from NBC said there were a few discrepancies with the study, but stresses that moderation is still key. See Interview Here.

Caffeine consumption may raise blood pressure. Especially in those already suffering from hypertension and those who don’t normally consume caffeine. People with hypertension were given 250 mg of caffeine (about 2 coffees) and the data revealed that their blood pressure was elevated for about 2-3 hours after the caffeine. American Journal of Hypertension. A second study performed by The Mayo Clinic found similar results from a 160 mg dose. All participants experienced a marked rise in blood pressure and it was the most pronounced in those that didn’t normally consume caffeine. AAAS.

Increased risk of heart attacks among young adults. A study conducted by Dr. Lucio Mos found that young adults who were diagnosed with mild hypertension had 4 times the risk of having a heart attack if they consumed the amount of caffeine equivalent to 4 cups of coffee. More moderate consumption showed 3 times the risk. European Society of Cardiology

Caffeine linked to gout attacks. This study showed that people who binge on caffeinated beverages increase their risk for a gout flare-up. See Citations.

Caffeine could cause incontinence. A study out of the University of Alabama showed that women who consume a lot of caffeine are 70% more likely to develop incontinence. JNCI.

Caffeine may cause insomnia. Caffeine in a person’s system at bedtime can mimic the symptoms of insomnia. Europe PMC.

Caffeine can cause indigestion. People who consume caffeinated beverages often report an upset stomach or indigestion. This mainly occurs when the beverages are consumed on an empty stomach. International Journal of Epidemiology.

Caffeine could reduce fertility in women. A study from The University of Nevada School of Medicine showed that caffeine can reduce a woman’s chances of becoming pregnant by about 27%. See Sources.

Caffeine and miscarriage risk: In a recent study, both men and women who consumed at least two caffeinated beverages a day during the weeks prior to conception slightly increased the risks of a miscarriage. National Institute of Health.

Caffeine may not be healthy for type 2 diabetics. A study conducted by the American Diabetes Association showed that caffeine impaired glucose metabolism in those with type 2 diabetes.

Caffeine overdose. While overdose is rare, it can lead to many adverse symptoms including death, especially in those with underlying medical conditions. Some have a lower tolerance for caffeine than others. American Diabetes Association.

Caffeine allergies. Some people have over-sensitivity to the caffeine molecule, which causes allergic-like reactions in the body such as hives and pain. Although not a true allergy, many report very negative symptoms after consuming even the smallest amounts.

Caffeine causes more forceful heart contractions. A recent study showed that immediately after energy drink consumption the heart produced more forceful contractions. It is unclear if this has any long-term health implications except for those with known health conditions. Journal of Amino Acids.

Worse menopause symptoms. A recent study published in The Journal of The North American Menopause Society showed that menopausal women who consumed caffeine had a greater degree of vasomotor symptoms. Menopause Journal.

Caffeine increases the number of sugary beverages consumed by people, which contributes to obesity and diabetes. American Diabetes Association.

Caffeine inhibits collagen production in the skin. This effect is dose-dependent but really heavy caffeine consumers should be aware. National Institutes of Health.

Caffeine interferes with ossification and could also lead to a greater risk of bone fractures. This is dose dependent, but heavy caffeine consumers should take note. Archives of Medical Science.

Caffeine does not help with prolonged sleep deprivation: This can lead to a false sense of security for those that have been sleep deprived for multiple days in a row and choose to get behind the wheel or do some other focus required task, thinking that as long as they have caffeine, they’ll be able to perform. Researchers from the American Academy of Sleep Medicine came to this conclusion after studying caffeine’s effects on their sleep-deprived test subjects. American Academy of Sleep Medicine.

Caffeine may impair hearing loss recovery: For guinea pigs exposed to excessive levels of noise, caffeine was shown to delay the rate at which the guinea pigs recovered from noise-induced hearing loss. Here are the results of a recent study that investigated the problem. A correlation to humans is believed to exist but more research will be needed. National Institutes of Health

When not managed caffeine can quickly become an out of control problem.